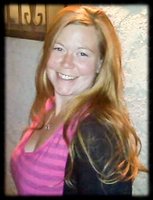 Shannon Lynn McGinnis 39, was born on May 31, 1978, at 9:11am in Scottsbluff, NE to Steve and Sharon Higgins. Soon after her birth, they moved to Rushville, NE, where she attended school. Throughout her youth Shannon was involved in numerous activities and events in her community and school, cheerleading, Rushville Swim Team, Girl Scouts, band and choir were among her favorites. She was also on the speech and debate team where she won numerous events and even attended state competitions. One of her favorite hobbies and pastimes was the love of writing poetry and short stories. After graduating from Rushville in 1996, Shannon moved to Milwaukee, WI, where she worked as a teacher at a pre-school as well as a live in nanny. On February 13, 2002, Shannon was blessed with a beautiful daughter, Saelym Scott-Elizabeth Higgins. In the fall of 2003, Shannon, Jessica, and Saelym moved to Tucson, AZ, where she continued to teach pre-school and soon after worked her way up to Assistant Director of the school. In August of 2008, Shannon met Scott McGinnis and soon fell in love. On December 7, 2009, Shannon and Scott were blessed with a handsome son, Seth Neil-Eugene McGinnis. Shannon and Scott were married on July 20, 2013, in Alpine, AZ. Shannon, along with her family, enjoyed the outdoors and the rainy Tucson days. They took numerous camping trips as well as other trips to enjoy the lovely desert scenery. In the fall of 2015 Shannon was diagnosed with Guillain-Barre syndrome, an extremely rare disease. After 2 ½ years of fighting the Guillain-Barre Syndrome, Shannon passed away at 7:47am on March 6, 2018, at Banner University Medical Center in Tucson, AZ, with her family by her side. Shannon is survived by her husband Scott McGinnis, children Saelym Higgins and Seth McGinnis; parents Steve and Sharon Higgins; father and mother in law Roger and Charlene McGinnis; brother's Shaun Higgins, Scott Higgins and families; brother in law Brent McGinnis and family; sisters Shae Higgins, Jessica Baasch and families; sister in law Diana McGinnis-Verdugo and family ,as well as numerous aunts, uncles, cousins and friends who were extremely close and loved.