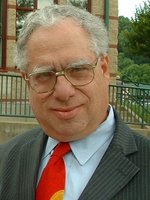 Marshall Charles Spatz, 75, passed away in Tucson, Arizona on February 8, 2021. Marshall was a resident of Arizona at the time of his death after spending much of his life in Montgomery County, Maryland.

Marshall lived a life marked by a love of learning and devotion to family. A voracious reader from a very young age, he enjoyed learning about a wide variety of topics and sharing that learning with family, friends, and students. No topic interested him more than history.

After graduating from Bayside High School in Queens, New York, Marshall attended Brandeis University; he graduated with honors and was elected to Phi Beta Kappa. He then went on to earn multiple graduate degrees. He received a Master of History degree from Harvard University, followed by a Ph.D. in American history from the University of Chicago. His doctoral thesis was titled, “New York City Public Schools and the Emergence of Bureaucracy 1868-1917.”

Following this, he taught history at several colleges and universities including the University of Kentucky and the University of Missouri, Columbia. Marshall returned to school and earned a Master of Public and Private Management degree from Yale University’s School of Management. He then embarked on a second career in public administration, first with the City of New York and then with Montgomery County, Maryland.

In Montgomery County, Marshall had a senior role in its Office of Management and Budget and then served as the Director of Management, Budget, and Planning for Montgomery County Public Schools. When he retired from that role, he continued his work with local school districts as a consultant. After his move to Arizona, he returned to his love of history, teaching classes at the University of Arizona’s Osher Lifelong Learning Institute.

Marshall loved to travel and visited many countries on study tours. He greatly enjoyed listening to classical music, attending concerts and the opera, and, of course, reading. A life-long baseball fan, Marshall enjoyed cheering on his adopted Washington Nationals. He loved sharing holidays and special events with family members.

Marshall is survived by his brother Ian, his sister-in-law, Karen Orlansky, his nephew, Izaak Orlansky and his wife Candace Wang and their daughter, Marshall’s great niece, Mae Wang Orlansky, his niece Julie-Anne Spatz and her husband Quinn Hubertz and their son, Marshall’s great nephew, Asher Spatz Hubertz, and many loving cousins and friends. He was predeceased by his parents, Ethel and Joseph Spatz.

Contributions in his memory may be made to the Montgomery County (MD) Public Schools (MCPS) Educational Foundation, the National Trust for Historic Preservation, or the Civil War Preservation Trust.