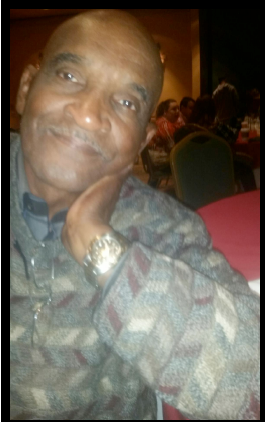 Was born in Summerfield, Louisiana, August 17, 1944 to George and Nodie Glover. He was their fifth son and the tenth of eleven children.

The family's church home was Mount Ollie Baptist Church in Louisiana. Following the family's move to Camden, Arkansas in 1948, Billy attended and was baptised at Greater Saint Paul Baptist Church. During high school, Billy developed a passion for cooking while working at "The Duck Inn". He graduated from Lincoln High School in Arkansas, class of 1963.

Upon arriving in Califonia, Billy settled in Venice. He worked as an insurance agent and developed his culinary-skills while employeed in positions from short order cook to chef.

On January 31, 1974, Billy was married to the former Angela Martinez Trejo. After residing in the Los Angeles area for a few years, they relocated and made their home in Tucson. To this union two sons and a daughter were born. The Door Church became the family's church home.

Billy continued to perfect his culinary-skills through employment with IBM, the Pima County Jail (from which he retired) and Mariott International (over twenty years of part-time service). Family and friends could always depend on him to lovingly prepare delicious dishes, and meals and looked forward to receiving his encouraging letters, inspiring cards and spirit-lifting phone calls.

In lieu of flowers or gifts it is our wish that you would donate to a cause very near to Billy’s heart which was the construction of the new World Impact Conference Center at his church. He did not get to see the completion of this project in his lifetime but this will serve as a means of contributing a gift that is permanent as opposed to perishable that will continue to be meaningful for generations to come.

To send flowers to the family or plant a tree in memory of Billy Glover, please visit Tribute Store
Print
Saturday
20
June