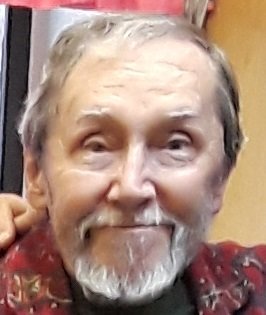 Timothy Edward Danley, 80, went home to be with his Lord and Savior, Jesus Christ, on June 11, 2020.  Although he had been in poor health for several years, his passing was sudden and unexpected.  Beloved husband, father, grandfather, great-grandfather, brother and son.  He is survived by his wife, Judi (Wendell) Danley; sister, Barbara (Danley) Rolfe; brother, Jack (Jerri) Danley; sons Steven (Tabitha), Mike and James (Kimberly) Danley; daughter, Laura Danley, along with 4 nieces, 1 nephew, 10 grandchildren, and multiple great-grandchildren.

Timothy was born in Grand Rapids, Michigan on January 12, 1940, and lived there until he moved to Arizona in 1979.  He lived in Tucson from 1984 until his passing.  Tim attended the University of Michigan and studied engineering.  He continued to work as an industrial/manufacturing engineer at Steelcase, McCulloch Corp., and Hughes/Raython Missile Systems until his retirement in 1997.

While Tim's job description was "engineer", his real job descriptions were "Dad" and "Grandpa".  He loved his family, and was happiest when he was with them.  Tim loved to fish, and was good at playing games, as long as the game offered him the opportunity to cheat!  If he was unable to cheat, the game was "not worth playing".  He also enjoyed using his computer.

To send flowers to the family or plant a tree in memory of Timothy Danley, please visit Tribute Store
Saturday
20
June

Share Your Memory of
Timothy
Upload Your Memory View All Memories
Be the first to upload a memory!
Share A Memory
Send Flowers
Plant a Tree