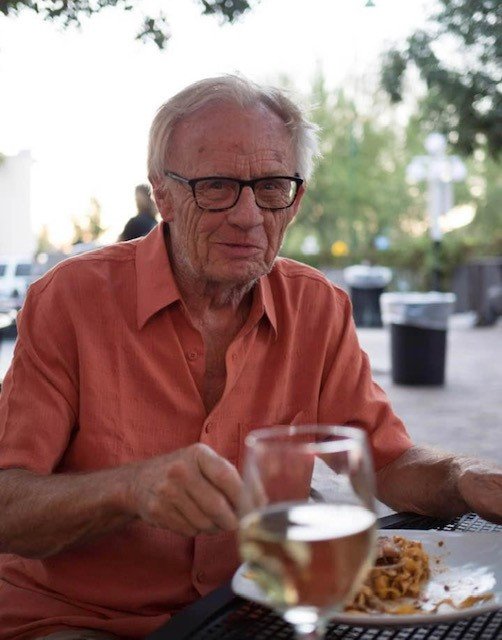 William (Bill) Wray Davolt passed away on November 4, 2020. He was born on June 11, 1941 in Leavenworth, Kansas to George Earl Davolt and Gladys Valentine Davolt.

Bill, known as “Silly Papa” by his grandchildren, is remembered best for his dry sense of humor, his eclectic music taste and his cat whispering skills.

In High School Bill was a National Merit Scholar. He served in the US army as a lab technician and was awarded the distinguished “Soldier of the Year” honor. After the army, Bill obtained his medical degree from the University of Michigan, Ann Arbor in 1969. He and his wife, Glenna Sanders Davolt, met in Phoenix, Arizona at the Maricopa County Hospital where they both worked. They married in 1972 and moved to Oregon in 1973 to raise their family. Bill worked as an OB/GYN with Kaiser Permanente for 25 years and he treasured his relationships with his patients.

In addition to his work as a doctor, Bill was an accomplished painter with a great love for music and art. His knowledge and appreciation for the arts has been passed down through two generations.

For several years Bill took summertime sabbaticals to work on the Navajo reservation with the Indian Health Service. This work took him to many places throughout Arizona and New Mexico, cultivating his love of the landscape, the people, and the spirt of the Southwest. After many years of Oregon rain, he and Glenna relocated to Tucson, Arizona. Bill loved the many cultures in Tucson and enjoyed the vibrant art and live music scene. He especially loved spending Thursday nights listening to performances by Salvador Duran on the Hotel Congress patio.

To send flowers to the family or plant a tree in memory of Bill Davolt, please visit Tribute Store

Share Your Memory of
Bill
Upload Your Memory View All Memories
Be the first to upload a memory!
Share A Memory
Send Flowers
Plant a Tree