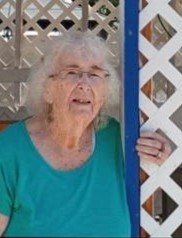 Norma Patricia (Gren) Atkinson was born February 17, 1937 in Los Angeles, California. She was the youngest girl and the sixth of 7 children. Her family moved to Moreno Valley when she was young and she spent her youth there.

Norma married Bruce Atkinson of Forest City Pennsylvania, who was serving as an airman at March Air Force Base on August 18, 1958. After Bruce left the service Norma moved with him and their daughter Pamela to the east coast. Norma had three more children while living in the east, Terry, Jo Anne, and Krista. After this sojourn in the east the family went west to Montana where they lived for two years, then made the final move to the house in Tucson where the children, as well as many grandchildren and even her great-grandchildren lived and grew.

She had a deep personal faith which gave her comfort and discovered fulfillment and purpose in service.

Mom passed away after a brief illness. She followed her husband, Bruce who left us in2013, her son Terry and grandchildren Amber, Jonathan, and Eric.

To send flowers to the family or plant a tree in memory of Norma Atkinson, please visit Tribute Store

Share Your Memory of
Norma
Upload Your Memory View All Memories
Be the first to upload a memory!
Share A Memory
Send Flowers
Plant a Tree