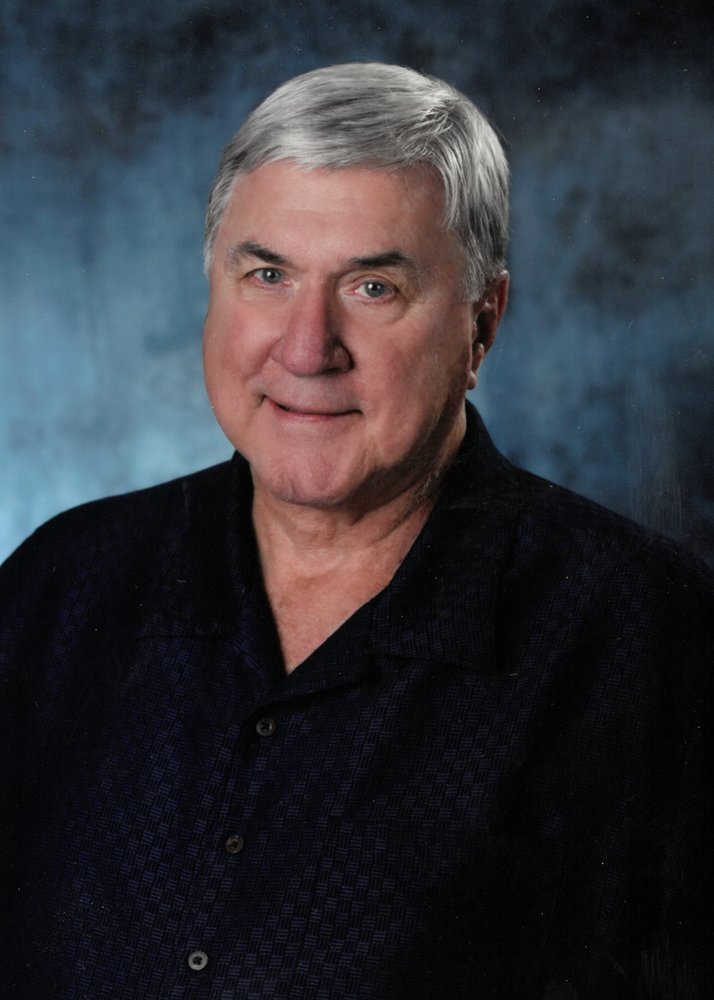 Born in Bradford, Arkansas April 11, 1942 to Edward Dallas and Georgia Stewart. Along with his parents and sister Nancy, Kim moved to Huntington Beach, California in the mid-50s, where Kim played basketball, bodysurfed, earned Eagle Scout honors, was an ROTC member and worked at Dwight’s, an eatery at the beach.

Kim attended UCLA on an athletic scholarship, playing on Coach John Wooden’s first NCAA title team, the 30-0 Bruins, in 1964. He earned a degree in public health from UCLA and attended dental school at Washington University in St. Louis, Missouri. At Wash U., Kim met Mary Ann Schneier in an oral pathology class, the two fell in love and were married on August 20, 1966. In 1972, after a three-year stint in the Army in West Germany, Kim and Mary Ann, daughter Melissa, son Sean and dog Penny, settled in Washington, Missouri and the couple started a dental practice.

In 1981, the Stewarts, with Melissa in college at Drake University, packed up Sean, dogs Penny and Lady and moved to Tucson, where over the years they would add three Border collies (Keli, Bea and Kayc) to the family. Kim and Mary Ann started a dental practice in Tucson, eventually settling at 1607 W. Ina Road for over 20 years. Kim was a dental artist, able to craft aesthetically pleasing work that was very durable – his crowns lasted forever.

Kim was civic-minded, serving for many years in Rotary, which included two stints as club president. He loved to race sports cars, mostly Volkswagens, on the tracks of Missouri, Kansas, California and Arizona. He enjoyed traveling with his family, especially to the central coast of California, touring the wineries and restaurants and walking the coastline. Kim was a cherished husband, father, brother, uncle, cousin, son and friend.

To send flowers to the family or plant a tree in memory of Dr. Kimberley Stewart, please visit Tribute Store

A Memorial Tree was planted for Dr. Kimberley
We are deeply sorry for your loss ~ the staff at Desert Sunset Funeral Home
Join in honoring their life - plant a memorial tree

Share Your Memory of
Dr. Kimberley
Upload Your Memory View All Memories
Be the first to upload a memory!
Share A Memory
Send Flowers
Plant a Tree