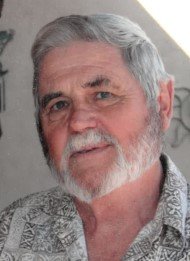 William A. Boothroyd (Bill B.)

High school education took place in Kremling, CO. Bill served four years in the U.S. Navy. At ASU in Tempe, AZ, he earned a B.S. in Engineering. While at ASU he married Cathy Swanson. They had two sons.

Bill was employed by I.B.M. for his entire 29 year working career at locations in San Jose, CA and Charlotte, NC.

Bill and Cathy’s first retirement home was in Port Townsend, WA, their second was in Oro Valley, AZ, and their third at The Fountains at La Cholla in Tucson, AZ.

“Bill did life his way, all the way”

To send flowers to the family or plant a tree in memory of William Boothroyd, please visit Tribute Store