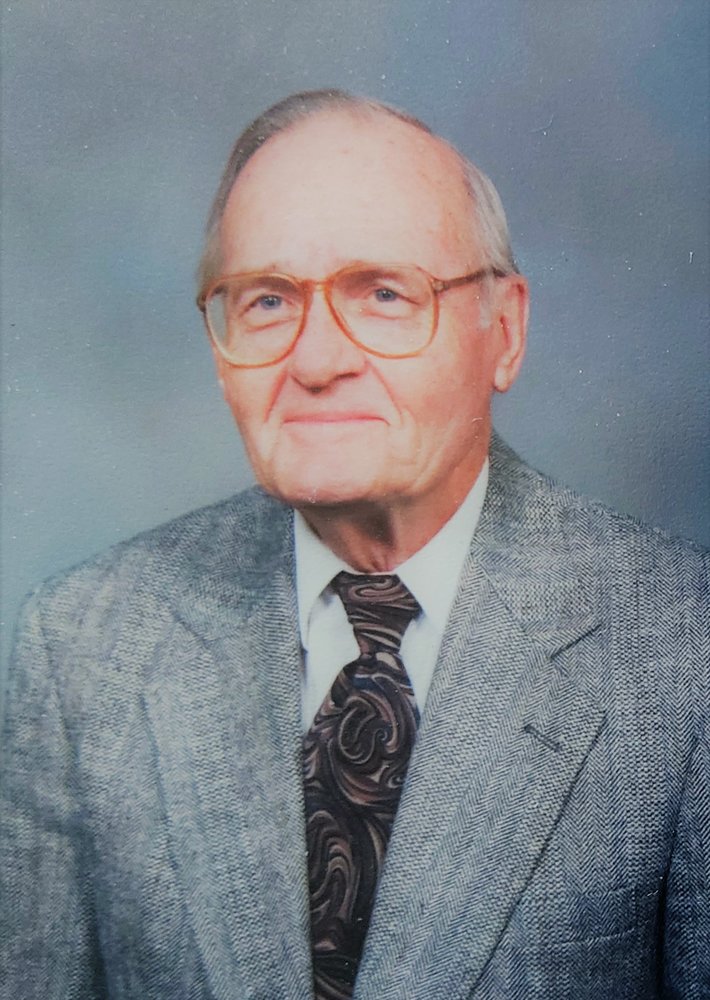 A Remembrance Service was held July 24 at Dove of Peace Lutheran Church in Tucson. A military service is pending.

William was born in 1922 in Ceylon Minnesota and his family subsequently moved to Webster City, Iowa, and further to Des Moines in 1938. He graduated from Roosevelt High School in 1940 and served in the military during World War 2 in the Pacific Theater. After the war he married Laurel Janice Heiden in 1946 and the couple had three children. William received his BFA from Drake University, and later an MFA from the University of Iowa in 1951.

He was an award winning painter who spent most of his career as a freelance artist and designer. He wrote and illustrated two children’s books for Concordia Publishing House. William produced advertising art for many clients since 1951. He also taught art and design at Drake University and the Des Moines Art Center. He worked in his studio daily up to his death. His works are included in regional, national and international collections. All three of his children and many of his grandchildren are exhibiting artists. William was also a long-time avid golfer.

The family were founding members of Mount Olive Lutheran Church in Des Moines and were active in the church for many years. In 1985 William and Laurel moved to Tucson, Arizona. Laurel died in 1988. In 1992 William married Bobbie Colie and they had many happy years together.

He was preceded in death by his parents, William and Gessena, his wife, Laurel, a sister, Lorene Plotts and brothers Wilbur, Raymond and Robert.

To send flowers to the family or plant a tree in memory of William Behm Jr., please visit Tribute Store