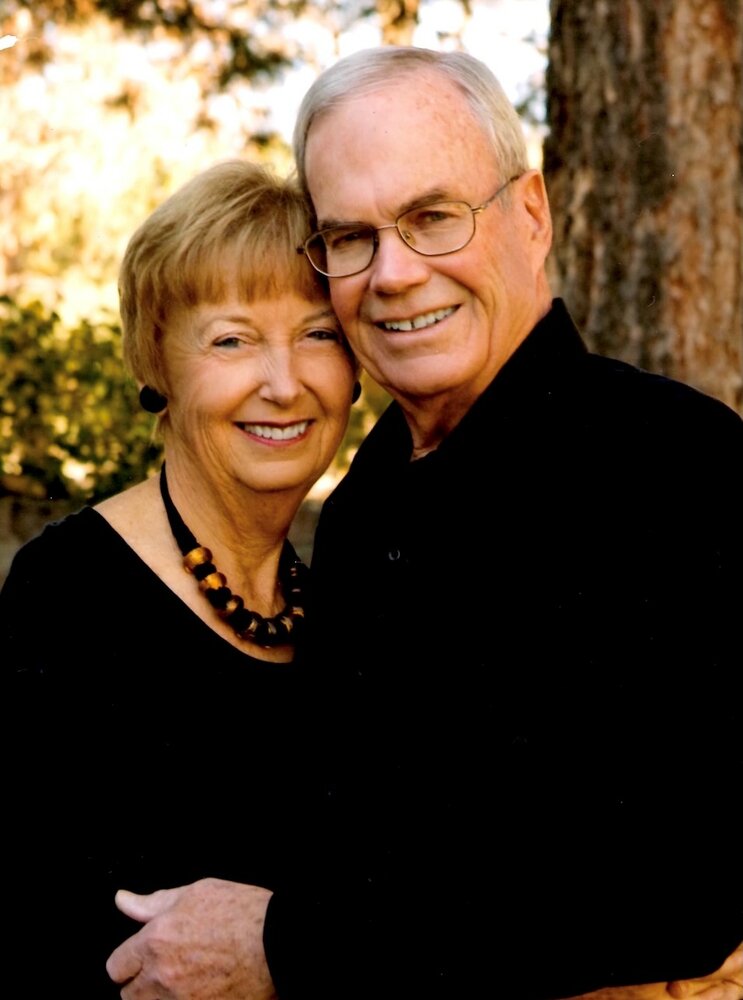 Dale Breshears was born in Portland, OR to Raymond and Geneva Breshears. Ray was an accountant who grew up on a homestead in New Mexico but knew that wasn’t the life for him and took a train as far away as possible, ending up in Portland, Oregon. Geneva was a homemaker and the eldest of 5 siblings. She quit school early to work as a secretary to help with the family expenses. Ray and Geneva met at Mallory Avenue Christian Church in Portland.

Dale was an only child, but he enjoyed being with his cousins Don and Ailene in Eugene, Oregon. As a kid, he loved to listen to westerns on the radio, draw cowboys, and build scale models of naval war ships. His mom taught him to read and arranged piano lessons for him. He also took accordion lessons and played football in high school.

Dale married the love of his life Linda on December 18, 1960 in Portland, OR. Dale met Linda on a blind date arranged by his cousin Ailene, who was Linda’s college roommate. When Dale called to invite Linda out, Linda was working at the little league concession stand. Her mother accepted the date on her behalf and summoned her daughter home for the date immediately.

After a post-doctoral year in the United Kingdom, Dale and Linda moved to Los Alamos, New Mexico, in 1966 with their young family. Dale worked in the field of laser isotope separation during the majority of his career as a Physical Chemist at Los Alamos National Lab. Dale was widely regarded as a brilliant research scientist and collaborator by his professional colleagues.

He and Linda took the family on many adventures that included everything from camping to international travels including Dale’s sabbaticals in Norwich, England; Cambridge, England; and later Sydney, Australia. Dale's hobbies included reading 2-3 books each week, building and collecting model trains, World War 2 naval battle trivia, cars, and both listening to and playing music of all kinds. He spent many years teaching Sunday School and volunteering on Mexico mission trips, Sonlight Christian Camp,  and at the Los Alamos Aquatomics.

One friend recalled that Dale “was an amazing man, so gentle but also incredibly brilliant. He walked this earth always extending himself to others, always seeking to reassure, to give more than he took.” By his family, he will forever be remembered as a steady, nurturing presence who gave to each of them much more than he ever took.  He will be deeply missed.

His family requests donations in lieu of flowers be made to The United Church of Los Alamos in memory of Dale Breshears.

A virtual memorial service for Dale will be online at the United Church of Los Alamos’s website beginning on Thursday, September 2nd, 2021 at 7:30 pm Mountain Standard Time.

To plant a beautiful memorial tree in memory of Wilbert Breshears, please visit our Tree Store

Share Your Memory of
Wilbert
Upload Your Memory View All Memories
Be the first to upload a memory!
Share A Memory
Plant a Tree