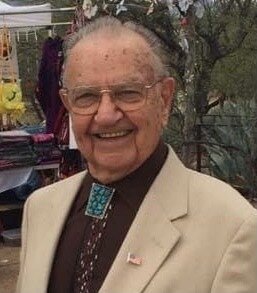 Leo served his country in both WWII and the Korean wars.  Leo was a very spiritual man. He was dedicated to the church where he joyfully sang in the choir.  He lived life to the fullest and in his presence no one was ever a stranger.

To send flowers to the family or plant a tree in memory of Leo Lochert, please visit Tribute Store
Wednesday
22
September

Share Your Memory of
Leo
Upload Your Memory View All Memories
Be the first to upload a memory!
Share A Memory
Send Flowers
Plant a Tree