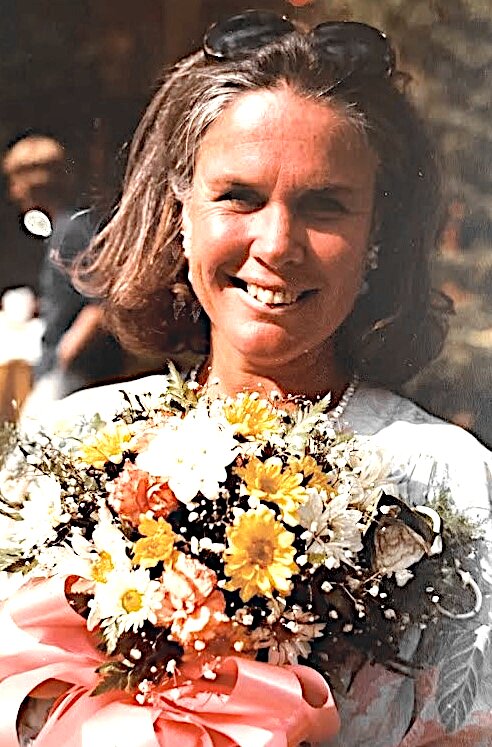 She was born in New York to Margaret Studley-Herbert and Eliphelot Nott Potter. She was the elder of two, having a younger brother, Alan.

She graduated from The Chapin School in Manhattan and was presented at that year’s Debutante Cotillion and Christmas Ball and belonged to the Junior Assemblies.

In 1965 Margot married Robert O. Denny, a Flying Tiger pilot known as “the Kokomo Kid,” since he’d grown up in that town inIndiana. Bob had flown many missions in the Second World War, and was shot down and belly-landed in a rice paddy in the Sion River, where he was rescued by two Chinese Soldiers. Denny worked in the field of civilian aviation, and brought five children to the marriage— Bruce, Devon, Brian, Justin and Dana. Soon after their marriage, the Dennys bought and lived in a house in Beverly Hills designed by Richard Neutra. Bob went into real estate. The '60s also saw a move to Alaska, where Bob went into banking and Margot brought her brand of Park Avenue glamour to the wilds. She served on the board of the Alaska Zoo in Anchorage—and helped teach Annabelle the elephant (“first pachyderm in Alaska since the last ice age”) how to paint. The couple discovered a shared love for salmon fishing, out of their cabin in Homer, and adventure flying in Bob’s float plane, making an annual migration from Alaska to Mexico.

A dark moment in their lives came with the early death of Bob’s youngest son, Justin.

Eventually, the couple moved south again, this time settling in Tucson. In 1989, Ronald Reagan appointed Margot to the President’s Advisory Committee on the Arts. As a trustee of the Arizona-Sonora Desert Museum, in the ‘90s, she inaugurated what became the institution’s annual “Dinner in the Desert” gala. A born hostess, she also put on numerous dog parties for her pets and her friends’.

Losing Bob to Parkinson’s disease in 2009, Margot moved to assisted living some years later, taking along her beloved untrained rescue dog, PJ. Ironically PJ hastened her end when—as her daughter had predicted—she tripped over him in the middle of night and broke a hip!

Margot is survived by her daughter, Margot, four of her stepchildren, several step-grandchildren, and PJ.

A Memorial Service will be held on Friday, October 8, 2021 at 2:00 p.m. Saint Philips in the Hills (nativity chapel), 4440 N Campbell Ave  Tucson AZ 85718. The family requests all in attendance remain fully masked and practice social distancing.

To send flowers to the family or plant a tree in memory of Margot Denny, please visit Tribute Store
Friday
8
October

Share Your Memory of
Margot
Upload Your Memory View All Memories
Be the first to upload a memory!
Share A Memory
Send Flowers
Plant a Tree