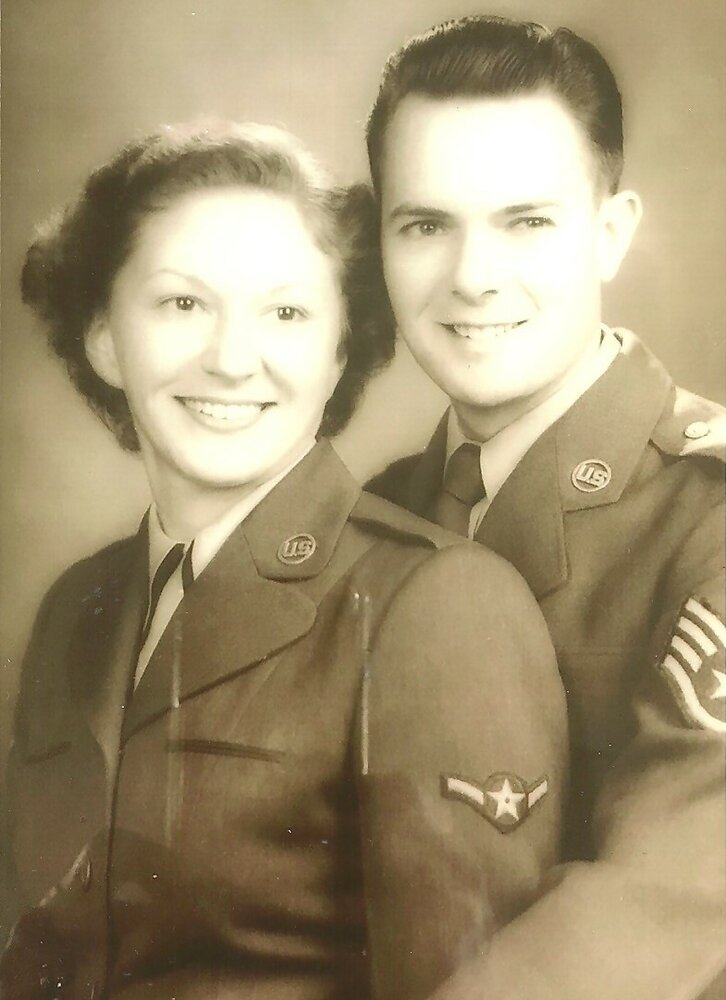 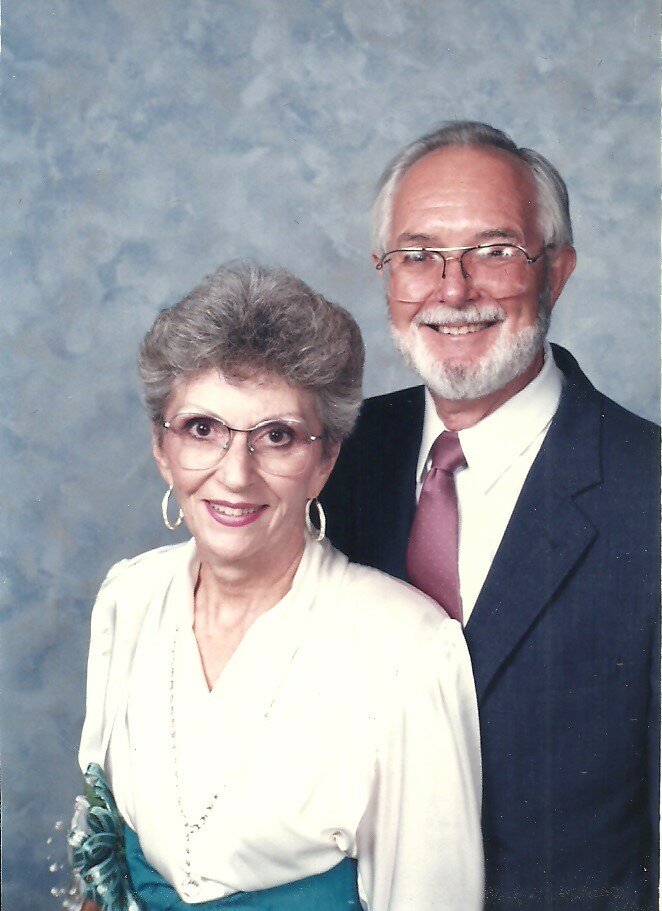 Chuck Weldy was born on November 15, 1930 in Roswell New Mexico. His birth father William, worked as a cowboy, handyman, and plumber. They were very poor, and he (among other things) recalled later picking cotton for $1 per day.

When his mother Thelma and Willie divorced, she subsequently married Robert E. Lee Anderson from Oklahoma in May 1934. Bob was a cook, handyman, carpenter, and fisherman. The family moved to Southern California (El Monte) when he was still very young, where he graduated from El Monte High School and received some General Education at a community college, while he worked in a nursery. Subsequently, he enlisted in the Air Force in October 1950.

While stationed at Keesler Air Force Base in Biloxi Mississippi, Staff Sargent Weldy (Chuck) met Peggy Lou Warfield. He was a radar Systems Mechanic, as was she. They both were transferred to Mather Air Force Base in Sacramento California in 1952. They were married on September 21, 1952 and had their first child, David, in October 1953.

In September 1954 Chuck was Honorably Discharged a little early, so he could attend further schooling. He made a connection to Douglas Aircraft in June 1956, but eventually took a leave to attend U.C.L.A. where he received a degree in Electrical Engineering. They had their second child, Scott, in May 1957.

After finishing his schooling at U.C.L.A. the family returned to Sacramento, where he continued working at Douglas Aircraft, as part of the team that produced the Saturn Third Booster Rocket, that later helped place a Man On The Moon.

They had their third child, Christopher, in November 1958, as well as their fourth, Clayton, in October 1960. Four boys was certainly quite a challenge as well.

Douglas became McDonnell Douglas and the family moved to Mission Viejo California in 1966, as he was transferred to their operations in Huntington Beach. There he worked on multiple projects, Defense Weapons Systems, The Manned Orbital Laboratory (which later became The Space Station), Saturn V Rockets, and the Space Shuttle launches. A quiet and unassuming man, he could tackle anything that presented itself (carpentry, auto repair, pouring cement or laying bricks), and he greatly believed in doing the right thing.

After 36 years with McDonnell Douglas (which subsequently became Boeing), Chuck retired in 1992. They sold their house and relocated to Tucson Arizona, where they lived in a motorhome while their custom retirement home was built.

Chuck passed away peacefully on September 2nd, 2021, at Aspen Care Home in Tucson, from old age and the complications related to his Alzheimer’s disease.

Donations to The Alzheimer’s Association, in his honor, will be greatly appreciated by all that knew Chuck, as he fought the disease for quite some time.

To send flowers to the family or plant a tree in memory of Charles "Chuck" Weldy, please visit Tribute Store

Share Your Memory of
Charles "Chuck"
Upload Your Memory View All Memories
Be the first to upload a memory!
Share A Memory
Send Flowers
Plant a Tree