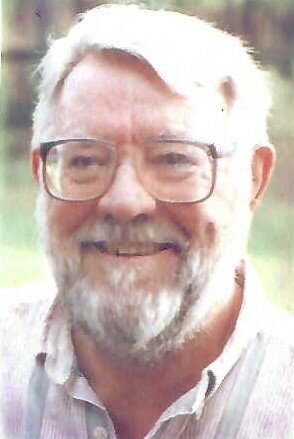 Paul was born on October 31, 1929, in Weymouth, Massachusetts to Paul and Frances Rees, where the Rees family lived until 1945 when they drove cross-country to Tucson. Paul graduated from Amphitheater High School, the University of Arizona, and the U. of A. College of Law. In 1948, Paul spent a year as a petty officer on the USS Mansfield, a destroyer, then joined the U. S. Navy Reserve.

Paul was an excellent trial lawyer and earned the rank of Diplomate from the American Board of Trial Advocates. Paul tried over 300 jury trials and handled over 100 appeals.

Paul started his legal career in 1955 as a law clerk to the Hon. Levi Udall, Chief Justice of the Arizona Supreme Court. Justice Udall and Paul developed a mutual respect and at Justice Udall’s funeral, Paul delivered a eulogy on behalf of all former law clerks.

Paul next went to work for Justice Udall’s sons at Udall & Udall in Tucson, along with Morris Udall, Stewart Udall, and Charles Ares (former Dean of the U. of A. College of Law.) Paul joined the ACLU and volunteered as an attorney. One of Paul’s first ACLU cases was a challenge to an 1887 Arizona law which prohibited marriage between any “Caucasian” and anyone of Black, Hindu, Malayan, or “Mongolian” ethnicity. Henry Oyama, a native Tucsonan, and his Caucasian fiancée Mary Ann Jordan were refused a marriage license by the County Clerk. Paul persuaded the Superior Court that the law was unconstitutional, and Judge Krucker ordered the clerk to issue a marriage license. In 1960, while the case was on appeal, the legislature quietly repealed the law.

In 1961, Stewart Udall became Secretary of the Interior, Morris Udall went to Congress, and Paul formed a new firm, Rees, Estes, and Browning. Paul matured into a fearless and creative advocate for the “little guy.” Paul enjoyed attending monthly meetings of senior lawyers or “old-timers” because everyone had a funny story about how Paul Rees got the best of them in some surprising way.

Paul inspired many lawyers. Paul mentored myriad law clerks, many of whom went on to become respected leaders of Arizona’s bench and bar. Paul’s family could have its own bar association. Ten of Paul’s children and grandchildren are lawyers. However, Paul was most proud of his daughter, the nurse.

Paul’s family was important to him, and he was married to Myra Pierce McQueen for almost 44 years. During that time, the couple visited over 130 countries. Besides travel, Paul enjoyed writing poetry, making corny puns, watching Jeopardy!, playing the harmonica, fishing, and visiting friends. Paul followed Wildcat sports avidly, especially football and basketball.  In 2005, Paul and Myra established the 22nd Street Antique Mall.  In the following 17 years, it has grown to be the largest in Southern Arizona.

Paul contributed to the community. For many years Paul was an active member of the Board of Directors of the Metropolitan YMCA. In the late 1960s, Paul started St. Francis in the Foothills UMC.

Daily Star readers are more used to seeing Paul’s name below a thoughtful, articulate, and provocative letter to the editor. Paul liked to “stir the pot” and often did so on the message board for the State Bar’s Senior Lawyer Division.

Paul’s humor, generosity, and warmth will be greatly missed.

In lieu of flowers, the family requests donations be made to the American Red Cross. No services are planned at this time due to the pandemic.

To send flowers to the family or plant a tree in memory of Paul Rees Jr. , please visit Tribute Store

Share Your Memory of
Paul
Upload Your Memory View All Memories
Be the first to upload a memory!
Share A Memory
Send Flowers
Plant a Tree