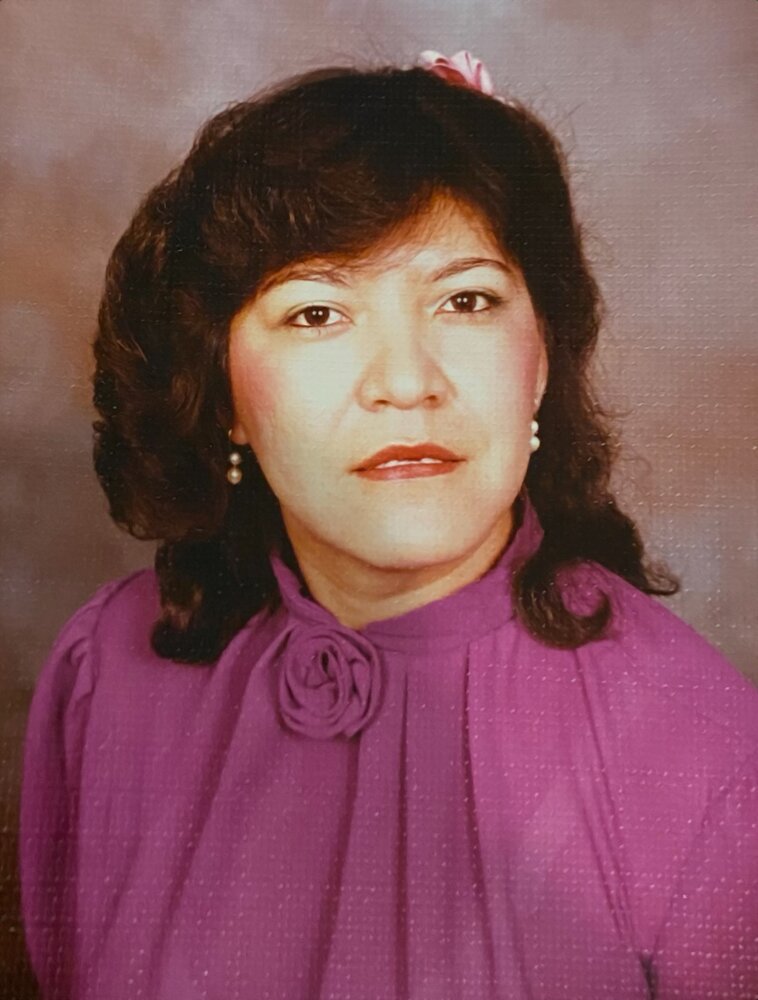 Maria Rosales Pyle, 69, passed away Tuesday evening November 30th, 2021 in Tucson, Arizona. During her time with us and throughout her life, Maria displayed resiliency, was virtuous, loving and sincere. Her smile made you smile and her laugh made you laugh.

Maria was born on October 28th, 1952 to Jose Antonio Rosales and Isabel Villalobos in Encarnación de Díaz, Jalisco, Mexico. Isabel sought to find a better life for her family and brought her children to the United States of America where they became citizens. They decided to start a life in Lordsburg, New Mexico as some relatives were close by.

Maria graduated from Lordsburg High School in 1972 and entered the workforce. Her family relocated shortly after to Deming, New Mexico.

She became part of the Sacred Heart Society at her local Catholic church and enjoyed going to religious gatherings. She was a devout Catholic for the rest of her life.

Maria met the love of her life, David, while working together at a grocery store, Farmer’s Market, in Deming, New Mexico in 1982. They got married on August 17th, 1985 and were able to make great memories in San Antonio and Houston, Texas for their honeymoon. They had their first child, David Joseph, in 1988 and their second child, Marybeth Lee, in 1990.

After the children were born, Maria decided to be a stay at home mom and to take care of her own mom, Isabel. She enjoyed cooking, making recipe books, going to church, holidays and decorating for holidays, gardening, taking walks, exercise videos, listening to music, watching TV, and visiting close relatives. Maria was also a lover of animals.

The Pyle family relocated to Las Cruces, New Mexico in December of 1994 due to David Sr.’s job where they bought their first house in 2005. This is where Maria was able to enjoy one of her favorite hobbies, gardening while being outside. Maria and David stayed in Las Cruces until 2016 at which time they decided to move to Tucson, Arizona in order to reside alongside Maria’s family. Maria loved learning and was able to continue her education until 2019.

Maria was one of a kind. Maria will never be forgotten but forever remembered and missed by all who were fortunate enough to know her. She was always so thoughtful and wholesome.

Maria’s visitation was held on December 10th, 2021 and was blessed by Father Ricardo of Saints Peter and Paul Catholic Church of Tucson, Arizona.

Maria is survived by her husband, David James Pyle; her son, David Joseph Pyle; her daughter, Marybeth Lee Pyle; grandchildren, Naomi and Masyn Pyle; her sister and brother-in-law, Nancy and Rick Byrne; her brother and sister-in-law, Joe and Janet Rosales; and her pet dog Tinkerbell.

To plant a beautiful memorial tree in memory of Maria Pyle, please visit our Tree Store

Share Your Memory of
Maria
Upload Your Memory View All Memories
Be the first to upload a memory!
Share A Memory
Plant a Tree