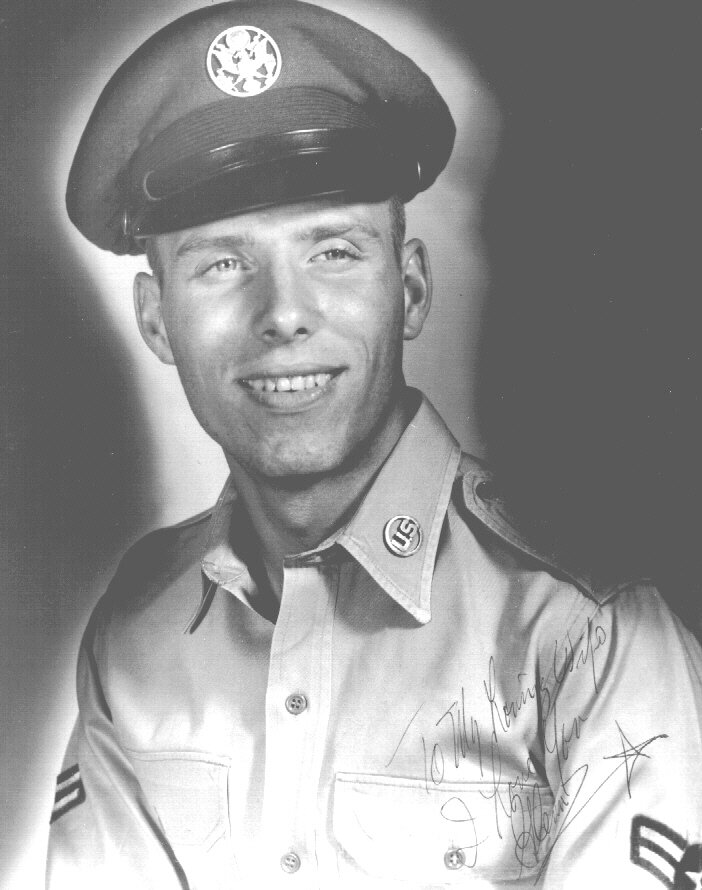 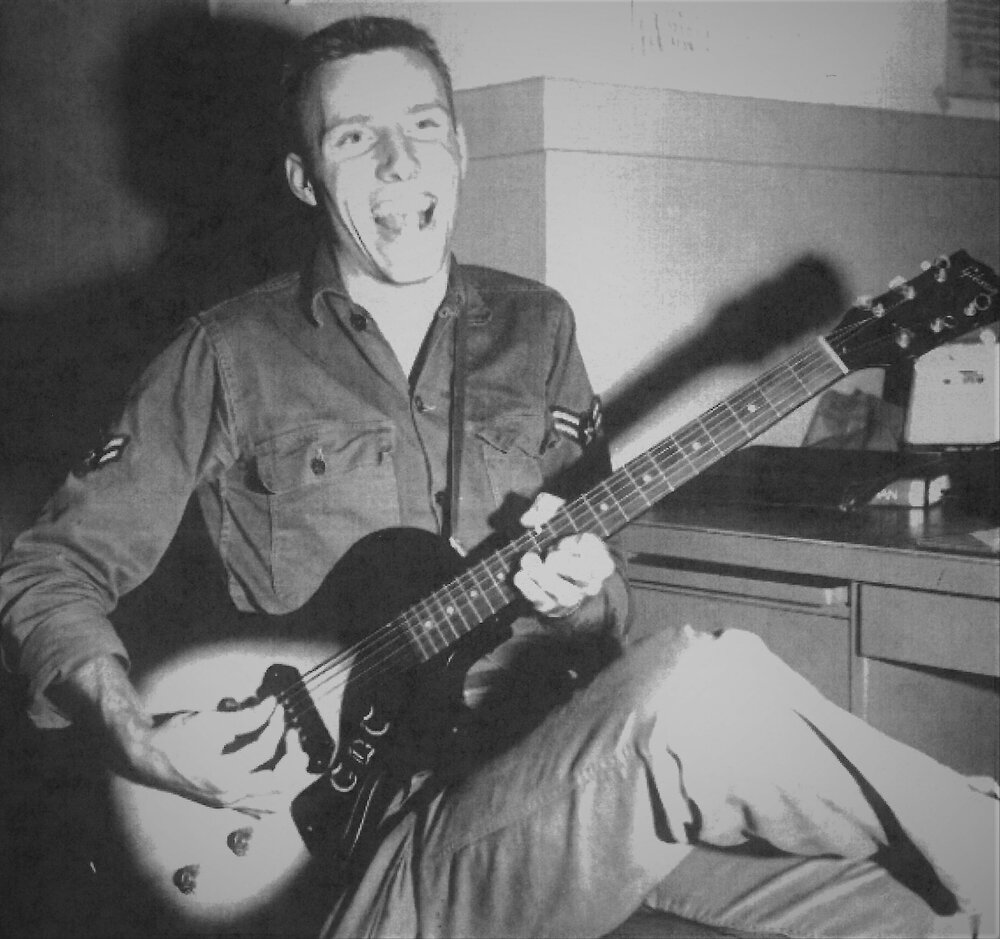 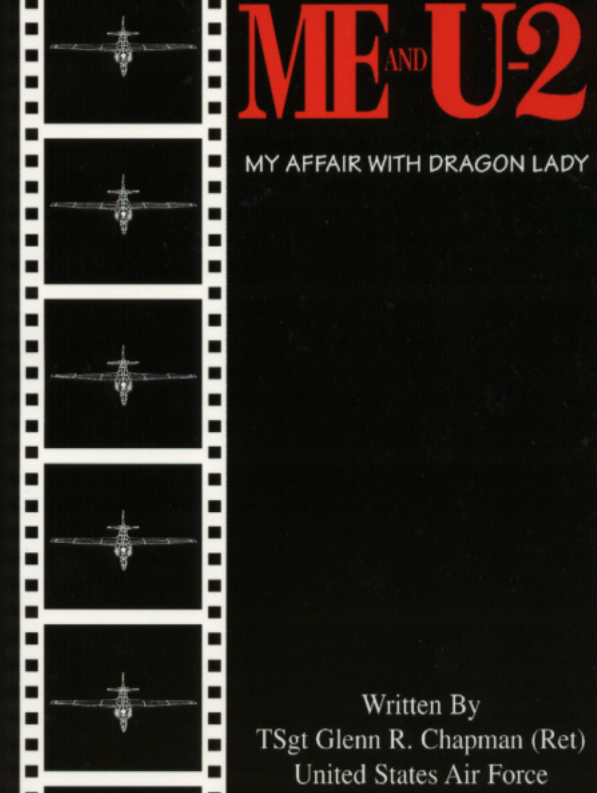 Portrait of a Cold-War Hero:

Glenn R. Chapman was born in Columbiaville, Michigan on 15 February 1937 to parents Riley Virgil Chapman and Anna Mae Purdy Chapman.  The youngest of four siblings, Glenn remembered his boyhood as a happy time – that is, until his father passed away unexpectedly on Christmas Day of 1949.

His childhood a distant memory at only twelve years old, Glenn was determined to do what he could to help support his mother.  Armed only with the cast-iron work ethic he’d inherited from his dad, he began working at the town mercantile, and later at the town hardware store.  Through his hard work and dedication Glenn succeeded in supporting his mother, all while still pursuing his studies.

An avid student who recognized the value of an education, Glenn masterfully balanced work and school.  When he wasn’t working at the hardware store he could be found working dutifully on homework or reading.  Sadly, tragedy struck again when his mother passed away as he was nearing his senior year of high school.  Even so, Glenn still managed to support himself AND graduate third from the top of his class in 1955.

Having trained as a reconnaissance systems repairman, Glenn’s Air Force career took him to all four points on the compass.  By the time his career ended he’d been as far north as Alaska, as far south as Australia, as far west as Germany, and as far east as Thailand.  In addition to myriad deployments around the world, Glenn served three tours in the Vietnam War.

One of the crowning moments of his career occurred in October 1962, when he was deployed as a member of the U-2 unit that discovered Russian missiles in Cuba.  It was Glenn’s cameras that took the photos that gave the Kennedy administration the tool it needed to force the Russians to stand down.

After twenty years of saving the world Glenn finally retired from the Air Force in early 1977, settling in Tucson, Arizona.  The next waypoint on his journey began when he became a Bio-Medical Technician at Tucson’s only osteopathic hospital, Tucson General Hospital.  Over his years at TGH his job title morphed from Bio-Med Technician to Hospital Electrician to Chemical Substances Auditor.

In 1999 Glenn retired from TGH and embraced retirement – for about ten minutes.  An avid reader and writer, he wrote and published his opus; an account of his time with the U-2, entitled Me & U-2, My Affair With Dragonlady.  Shortly thereafter he added public speaker to his repertoire, presenting his account of the Cuban Missile Crisis to everyone from tour groups at Pima Air & Space Museum to kids in public school classrooms.

Still bored with retirement Glenn joined Disabled American Veterans, Chapter Four.  It didn’t take long before he became the unit’s Adjutant (Agitator) and then later unit Commander.  During his time with the DAV he was a member of the team that marshaled the Marana Veteran Cemetery from concept to fruition.

Glenn enjoyed a diverse array of hobbies including woodworking and tinkering with anything that gave him an excuse to use his tools…many of which he’d made from scratch.  He was an accomplished guitarist who delighted in wowing audiences with his Ventura twelve-string guitar.  He also holds the distinction of being the only TGH employee to have performed in every one of their five medicine shows.

Sadly, on 19 January 2022 Glenn answered the call to report for his final deployment.  He is survived and extremely missed by his wife of sixty-three years, his kids, his grandkids, and the light of his life…his only great grandkid.  In addition to his direct family Glenn is survived by numerous cousins, nieces, nephews, friends, and his brothers & sisters in arms.

A memorial service and military honors are scheduled for 1000 hours (10 am) on Saturday, 17 September 2022 at the Marana Veterans Cemetery that Glenn helped to found.  In lieu of flowers, please consider making a donation in honor of Glenn R. Chapman to one of his favorite causes:  Pima Air & Space Museum or Disabled American Veterans Chapter Four.

Share Your Memory of
Glenn
Upload Your Memory View All Memories
Be the first to upload a memory!
Share A Memory