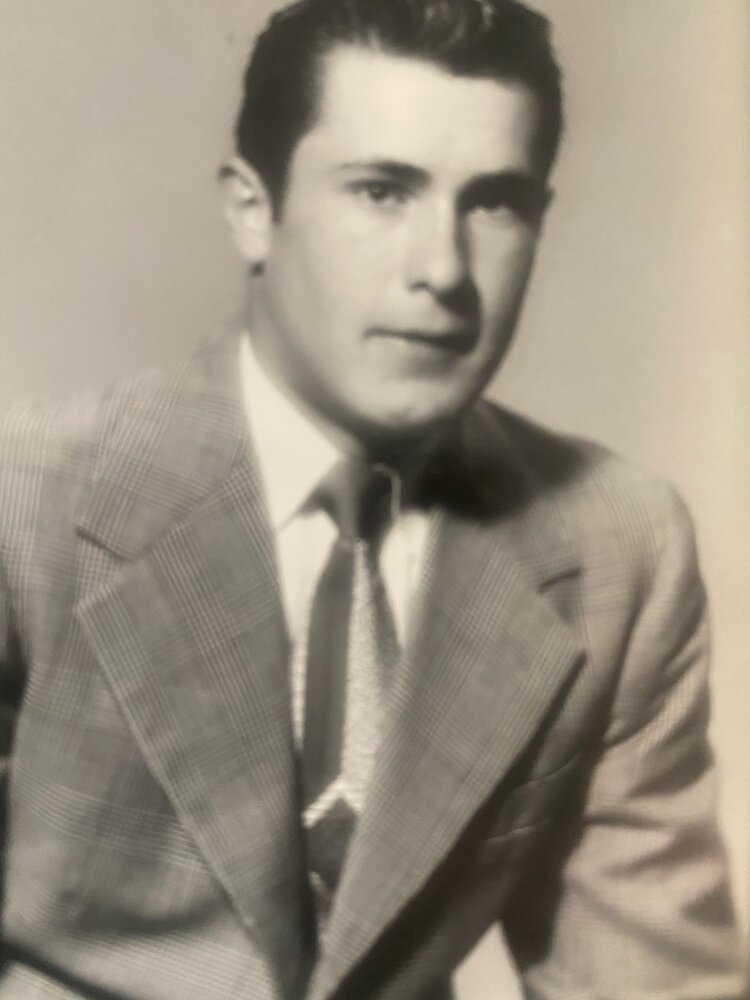 Herbert was the youngest of thirteen siblings, he grew up in a farming community in a loving home with ten brothers and three sisters. Naturally you can imagine the many stories of mischief and mayhem.  One such occasion was the marriage of his second oldest brother. The newly married couple stayed at the farmhouse the night before heading off to their honeymoon destination. Two of the youngest brothers thought it would be funny to tie “Herbie” under the nuptial bed to report on the newly married couple. And of course, his older brother knew he was there.  Herb was quickly ushered out of the room but not before a little teasing.

Herb served two enlistments in the North Dakota Air Guard as an Air Police. He loved learning, almost as much as he loved history, he pursued education in engineering and refrigeration. This would lead to a vocation in management at the largest potato processing plant in the French Fries industry, in the early 1960’s. When he transitioned to the Turkey plant, he met the love of his life.

Herb and Sandy married on April 18, 1969, in Pelican Rapids, Minnesota. In October 1974, with three infants the newlyweds got in their old red station wagon and drove to Tucson, AZ. This is where Herb and Sandy would spend the next 22 years in their first home; raising children and adapting to life in the Southwest.

The first year in Tucson, AZ was so strange; no grass, no pine trees like MN. In that first year, Sandy bought a live pine tree during the Christmas season to remind them of home. She strung popcorn and cranberries on thread, baked cookies, and …Herbs favorite treat, LEFSE! Herb was fiercely proud of his Norwegian heritage and those traditional recipes so strange in the Sonoran Desert. He loved the holidays, Christmas, and its memories. That pine tree was planted in the front yard after the New Year in 1975.  It still stands today. In 1995 Herb and Sandy packed their bags again and relocated to Green Valley, AZ for that small town kind of feel.

Herbert was deeply loved by all who knew him. He was kind hearted and devoted to his family and friends. His children will never forget him inspecting the quality of French Fries at Mickie D’s. His dry humor and his loving manner that he shared with his wife Sandy for 53 years. Herb died peacefully August 15, 2022. He will be forever missed; my siblings and I are so very grateful to have had a father like Herb.

To send flowers to the family or plant a tree in memory of Herbert Mickelson , please visit Tribute Store

Share Your Memory of
Herbert
Upload Your Memory View All Memories
Be the first to upload a memory!
Share A Memory
Send Flowers
Plant a Tree