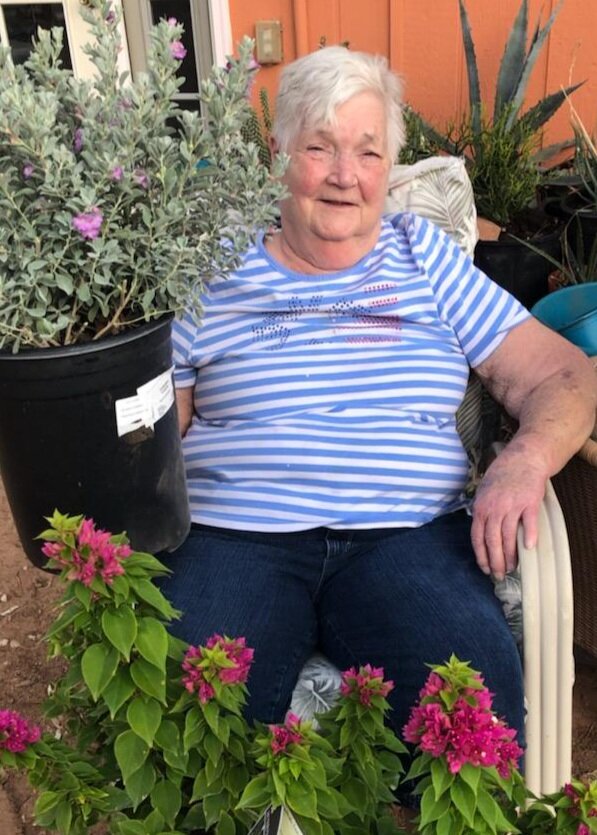 She spent most of her life in Cheshire and Marietta, OH. Later she moved with her daughter and

son-in-law Yvonne and Jay Russell to Utah and then to Tucson, AZ. Bonnie was always busy creating,

and window shopping. She loved the country life of Marietta and the mountains of Utah. Bonnie was

fascinated by the desert in Tucson.

Bonnie was a fighter, a survivor of three different cancers. She was an active member of the

LDS Church until her cancer treatments kept her from church. Prior to her health problems, she worked

as a purchasing agent for G&J Auto parts in Gallipolis, OH. Later in life, she studied at Hocking Hills

School of Nursing in Nelsonville, OH., and became a registered nurse, fulfilling a life-long dream. Bonnie

was forced to give up nursing after becoming ill.

Bonnie was preceded in death by parents, her daughter Dwanna D. Massie Jett, her grandson

now deceased, and then to Lowell E. Swisher, who preceded her in death.

Bonnie was clever and feisty, but also kind. She always gave more than she received. Of all her

many fine qualities, she will be missed most for her generous spirit, fierce wit, and extraordinary love.

A celebration of Bonnie’s life will be held in Marietta on Nov12th. Service will take place at Handley

Share Your Memory of
Bonnie
Upload Your Memory View All Memories
Be the first to upload a memory!
Share A Memory
Plant a Tree