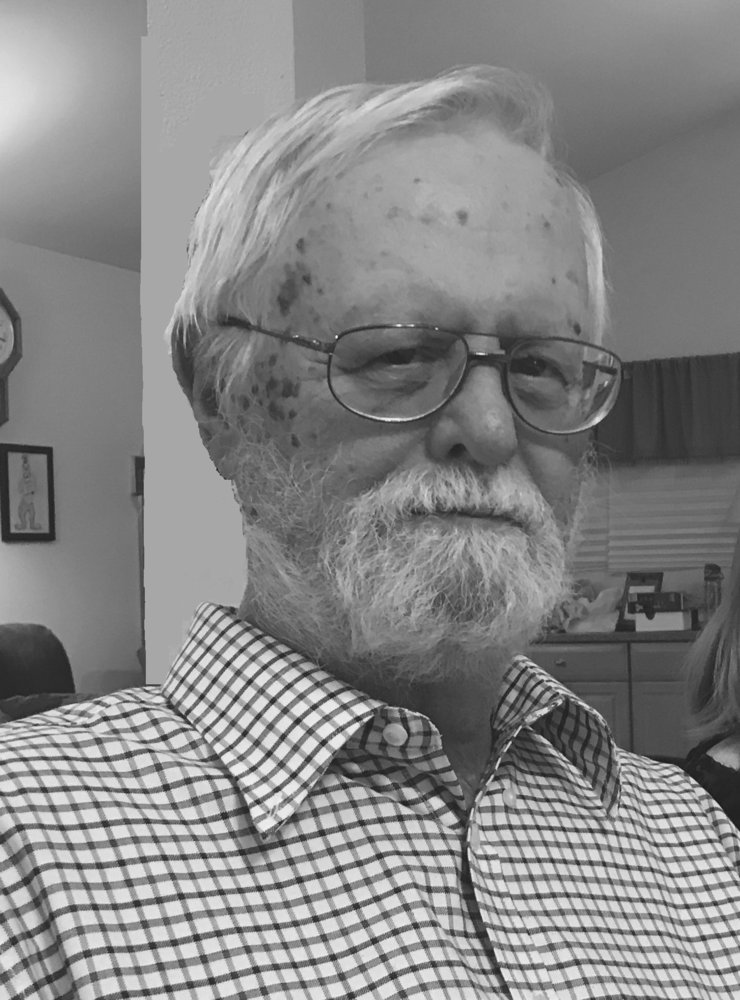 David Paul Robrock- historian, storyteller, author, and librarian- died unexpectedly at home of a heart attack. The oldest son of Paul and Anne Robrock, he was born in Los Angeles. He spent his childhood on/near Air Force bases in Ohio, Kansas, and Cheyenne, Wyoming, with annual summer visits to the family farms in New Hampton, Iowa.

On May 13, 1972, he married his soulmate Janice Carlson (who he met in the University of Wyoming library) and they spent 38 wonderful years together, living in different places and traveling frequently. They first came to Tucson in 1982. Though later employment took them to Las Vegas and Phoenix, they maintained a house in Tucson until their retirement in 2011, when they came home to Tucson permanently. In 2012, David became a docent at the University of Arizona and the Arizona Historical Society Museum.

His librarian career included the University of Houston, University of Nevada/Las Vegas (Special Collections), and University of Arizona. He also worked in Customer Service at Sprint, American Express, and Williams-Sonoma.

David was an authority on Western US mining and military history and adored Mark Twain. He edited "Missouri '49er: the Journal of William W. Hunter on the Southern Gold Trail” (Historical Society of New Mexico series) and wrote numerous articles in publications such as True West. He was a member of the Society of Southwest Authors, where he made presentations and won awards for several essays.

Together with his wife Janice, he created the Janice and David Robrock Legacy Scholarship Fund at the University of Wyoming, to benefit students in the College of Arts and Sciences, with preferences for those majoring in History or Political Science.

Donations in his honor would be welcome at the Friends of the Pima County Library (pimafriends.com, or 2230 N. Country Club, Tucson AZ 85716, tax-deductible) or the Mark Kelly for Senate campaign (markkelly.com, not tax-deductible).

A celebration of life with Mexican beer and food will be scheduled when permitted, assumed spring 2021. He will be buried at the Arizona Veterans’ Memorial Cemetery at Marana.

To send flowers to the family or plant a tree in memory of David Robrock, please visit Tribute Store

Share Your Memory of
David
Upload Your Memory View All Memories
Be the first to upload a memory!
Share A Memory
Send Flowers
Plant a Tree