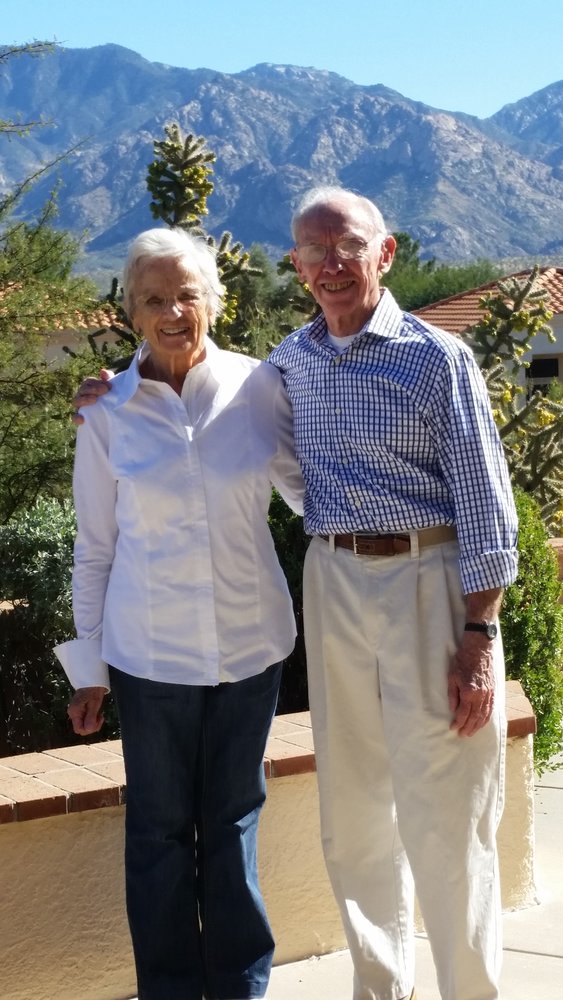 Mabel Chapman, loving wife, mother and grandmother, passed away peacefully at the age of 97, on Sunday, June 28, 2020 surrounded by her loved ones.

Mabel is survived by her husband of 63 years-Harold, her two daughters-Nancy Soukup and Diane (Ken) Rossiter and three grandchildren-Kaleigh Banning, Korie Banning and Bradley Banning.

Mabel was born in Detroit, Michigan on June 16, 1923.  Mabel graduated from Business College and worked as a typist and a bookkeeper.  She moved to California in 1950 and married Harold in 1956.  Upon Harold's employment transfer to Chicago, Mabel packed and moved the family to the Chicago, Illinois suburbs in 1967.  Mabel continued to work part-time as a bookkeeper while she raised her children and maintained their household.  She and Harold eventually retired to Sun City Vistoso in Oro Valley, Arizona in 1991 where she remained until her passing.

A Private Memorial Service will be held on Thursday, July 2, 2020 at 10:00 AM at Santa Catalina Catholic Church.

To send flowers to the family or plant a tree in memory of Mabel Chapman , please visit Tribute Store