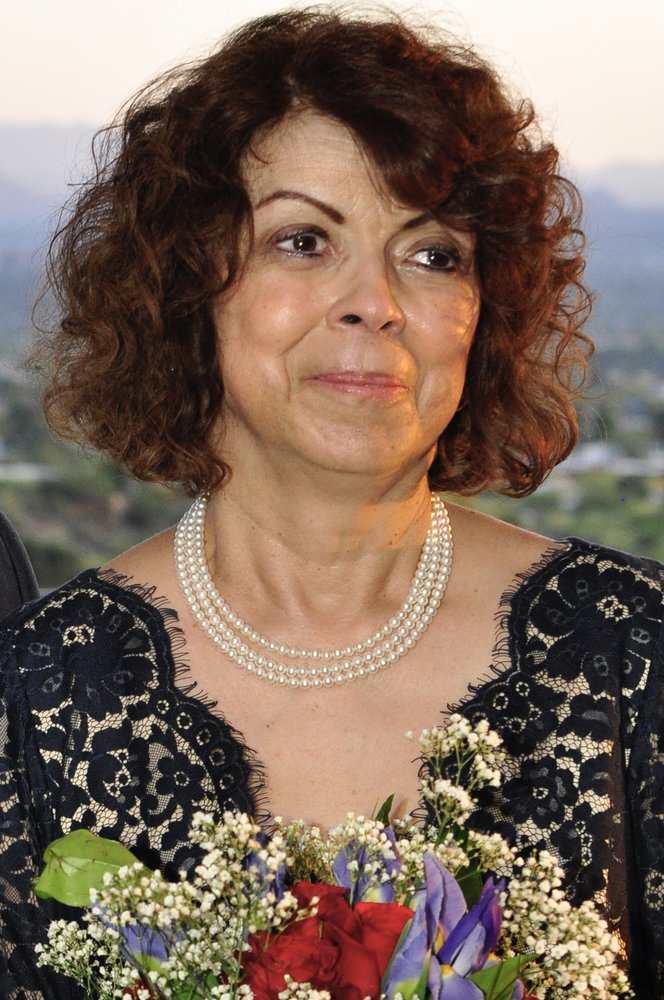 After a long battle with Rheumatoid Arthritis and Lung Disease, God has called Haydee Bernal Huerta home.   Haydee, a beloved wife of over 43 years, a proud mother and a doting grandmother was called home on Oct 19, 2020 in Tucson at home with her family at her side.

Haydee was born December 22, 1959 in Santa Clara, California to Pedro Moreno Olvera and Haydee Bernal Olvera.  She married her loving husband Samuel Huerta on April 23, 1977 in Chino, California and lived in places like Mississippi, New York, New Hampshire and England through her husband’s service in the U.S. Air Force.  When they returned home to California, she began the raising of her children Samuel Pedro and Brittany Kristen.

Through the years, Haydee had learned to love many things, one of which was the travel to such places as Germany, France, Spain and Greece.  Vacations in Hawaii and cruises in the Caribbean to such islands of Turks and Caicos, Cayman, Bahamas, Virgin Islands, Rotan, Belize, Cozumel and Puerto Rico.  She also enjoyed the simple scenic cross-country drives, but her illness eventually cut that short.

It was her husband’s job change in 1993 that brought the children and Haydee to Tucson where she continued to raise her children, encouraging and teaching them to be involved in school and sports. It was here in Tucson where she found solace in the United Methodist Church of Marana.

Due to that so many of her family are from out of state and with the current situation from COVID-19, the family does not want to put anyone at risk and has decided to forego a service.  Also instead of flowers, we ask that you would please donate to your local pet shelter in her name.  The family would also love if you could leave a memory of our beloved Haydee so that it can be shared and cherished.

To send flowers to the family or plant a tree in memory of Haydee Huerta, please visit Tribute Store

Share Your Memory of
Haydee
Upload Your Memory View All Memories
Be the first to upload a memory!
Share A Memory
Send Flowers
Plant a Tree