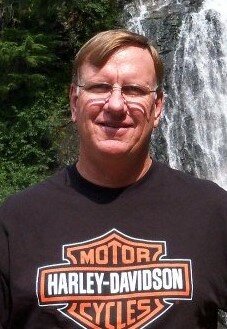 Mike was a devoted husband, father, son, grandfather, brother, and friend.  Family and friends will continue his legacy by living their lives to the fullest. Mike will be forever missed, forever loved, never forgotten, and his memory will forever be admired.

Michael was born in WaKeeney, Ks to father Corwin Scott and Mother Vivan Scott.  Michael was an Air Force veteran, received his bachelor of science degree from Cal State Fullerton, and retired from Raytheon after 30 years.  He had a passion for golf and his grandson’s football.  He played golf every chance he could and was always on the sideline coaching his boys.  He loved traveling the country in his motorhome with the love of his life.

Michael married his high school sweetheart, Judy, and enjoyed over 51 years together. Together they had two daughters, seven grandchildren, and three great grandchildren.

To send flowers to the family or plant a tree in memory of Michael Scott, please visit Tribute Store

Share Your Memory of
Michael
Upload Your Memory View All Memories
Be the first to upload a memory!
Share A Memory
Send Flowers
Plant a Tree