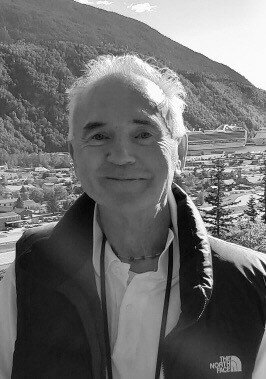 Robert James Unchur died unexpectedly at his home in Tucson, AZ, on September 22, 2022.  He was born May 7, 1947 in Amsterdam, NY, to the late Peter and Stella (Balbian) Unchur.

Bob attended Amsterdam High School, Class of 1965, where he was active in various student activities and was a three year letterman in football.  He then attended Syracuse University where he graduated with a Bachelor of Arts in American History in 1969.  At Syracuse he was a member of Sigma Alpha Epsilon fraternity where he made many lifelong friends.  Bob then moved to Berkeley, CA, where he started a small business in the field of horticulture before joining the U.S. Peace Corps and working in Costa Rica as an agricultural advisor for the University of Costa Rica.  After his stint in the Peace Corps, he settled in the Seattle metropolitan area for 35 years.  He first reestablished his horticultural career and earned his certificate as Master Gardner and then joined the King County Superior Court with the King County Department of Judicial Administration as a Court Clerk for 22 years.  After retiring in April 2011, he moved to Camano Island in Washington State before moving to Tucson in March 2016.

Bob loved to travel, read and study, and stay active.  He became interested in the Civil War and traveled to many battleground sites in the South.  He was an avid sports fan and followed MLB’s Seattle Mariners and Syracuse University basketball and football.  Bob was also a big fan of Tampa high school sports at  Jesuit and Wharton high schools.  He took great pride in the fact that he was a recovering alcoholic and was sober for 32 years and credited AA for their help and support.  Bob was also very proud of the family dairy farm and often reflected about working on the farm as a youth with his parents.

Per Bob’s request, his ashes will be scattered on the family farm on Jones Road.  A graveside service will be held at the convenience of the family.  In lieu of flowers, donations can be made to a charity of your choice.

To plant a beautiful memorial tree in memory of Robert Unchur, please visit our Tree Store

Share Your Memory of
Robert
Upload Your Memory View All Memories
Be the first to upload a memory!
Share A Memory
Plant a Tree