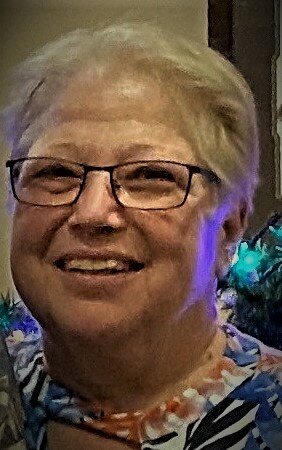 Beth Ann (Krause) Stair passed away December 9, 2022 in a
Tucson, AZ hospital from complications of lymphoma cancer
which she had been struggling with for many years.

She was born January 20, 1957 in Thedford, Nebraska to Robert
and Joann (Tieszen) Krause. She lived in Vermillion, South
Dakota until she moved to Tucson to attend the University of
Arizona. She proudly worked as a Secretarial Specialist until the
cancer took over. She enjoyed playing tennis competitively in high
school and college and recreational tennis for many years and still
followed it avidly. She also enjoyed crafting jewelry, cross
stitching and genealogy research. Other interests have included
hot air ballooning, dance, reading, photography and travel.

She married James L Stair on August 18, 1978 in Tucson. They
were married for over 44 years, until her death.

Per her wishes Beth will be cremated.

In lieu of flowers, donations or gifts should be given to the Cancer
Society.

Share Your Memory of
Beth
Upload Your Memory View All Memories
Be the first to upload a memory!
Share A Memory